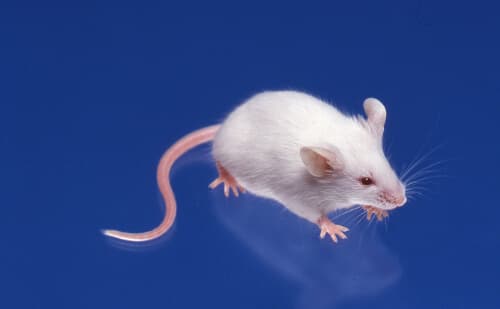 Albino mice maintained by Bagg were transferred to McDowell and Snell and named “BALB,” after “Bagg’s albinos.” Many sublines were produced from BALB/c mice maintained by Snell. BALB/cA mice were introduced with BALB/cA-nu from Dr. C. W. Friis (Denmark) to the Central Institute for Experimental Animals in 1973, and BALB/cA mice at F?+21 were later introduced to CLEA Japan, Inc., in 1989. In addition, BALB/c mice were brought to Bailey (BALB/cBy) and were introduced to the Jackson Laboratory in 1974 (BALB/cByJ*). BALB/cByJ mice at F156 were introduced from the Jackson Laboratory to CLEA Japan, Inc. in 1986, and production was then started.
(*This substrain is at least (a number>20 by definition) generations removed from the originating JAXⓇ Mice strain and has NOT been re-infused with pedigreed stock from The Jackson Laboratory.)

[History of cryopreservation]
BALB/cAJcl: Not applicable
BALB/cByJJcl:F166(F156+10), frozen in October 1991

These mice are albinos (AA bb cc DD) with relatively low frequencies of various spontaneously appearing tumors. The mice exhibit white spots arising from calcification in the cardiac tissue. BALB/cByJ is the most frequently used subline in Europe.

These mice are used in the field of immunity and monoclonal antibody research, screening, etc. 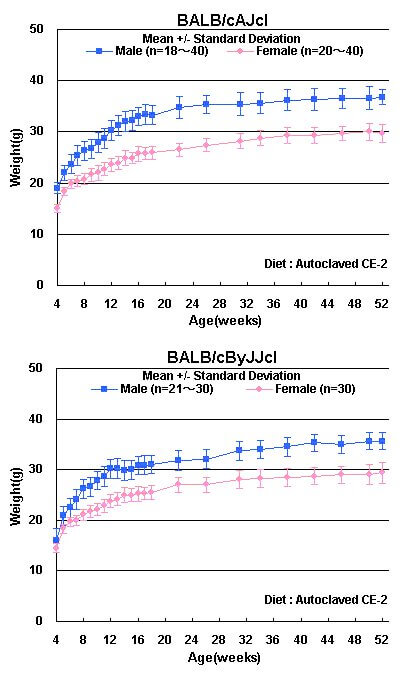