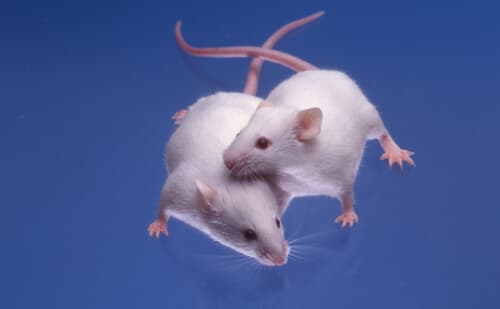 The ICR mouse is a strain of albino mice originating in SWISS and selected by Dr. Hauschka to create a fertile mouse line. Because mice of this strain have been sent to various places from the Institute of Cancer Research in the USA, the strain was named ICR after the initial letters of the institute. This strain was introduced from Charles River (USA) to CLEA Japan, Inc., in 1963, and we subsequently started its production and supply. Since then, the name of this strain has been changed as follows.

Mice of this strain are relatively large albinos with a gentle nature that grow well.

The Jcl:ICR mouse is a general-purpose model used for studies in a wide range of fields including toxicity, pharmacology, drug efficacy, and immunology.