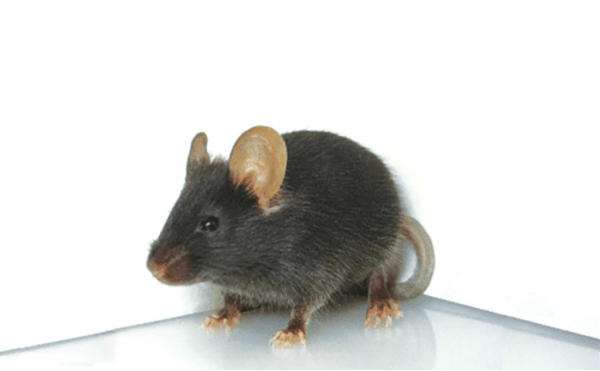 ※ This is a new product and will be on sale from October 2021.

The C57BL/10-mdx (B10-mdx) mouse is a model mouse for human Duchenne muscular dystrophy (DMD).
This model was used as a mutant of C57BL/10 inbred mice in 1978 by the British Agricultural Research Council's (ARC).
Discovered by Dr. Bulfield and colleagues at the Poultry Research Center.
After that, it was introduced and maintained by Dr. Kozaburo Esaki of the Central Institute for Experimental Animals (CIEA) in 1983 from Dr. Bulfield.
In 2021, it was transferred from CIEA to CLEA Japan in (F? +62) generation and started to produce.

The pathogenic mechanism of C57BL/10-mdx (B10-mdx) mice is a mutation in the X chromosome linked gene (Dmd) that encodes dystrophin in the muscle cell membrane.

Later, the DMD-causing gene was identified, and it was revealed that exon 23 had a nonsense mutation (*) and dystrophin synthesis was incomplete [1] [2]. Muscle degeneration reaches its maximum at 3 to 5 weeks of age, after which regeneration and degeneration are repeated.

Compared to human pathology, B10-mdx mice have milder muscle weakness, but their mechanism is similar to that of humans. The blood CK (Creatine Kinase) level, which reflects the characteristic muscle fibrosis in DMD, is also significantly higher than that of C57BL/ 10ScN (B10).

Unlike clinically lethal human DMD patients, B10-mdx mice are viable and can be evaluated in the long term.

* Previously, it was considered the position of the mutation was that the codon that should be CAA (Gln) became TAA (stop codon) because the 3185th C in the coding region was replaced with T, but now It has been confirmed 2983th C to be replaced. 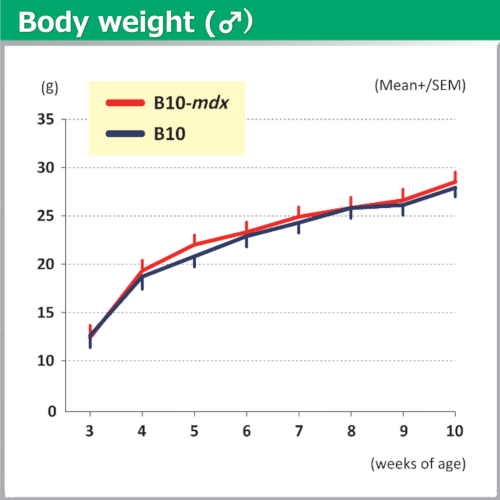 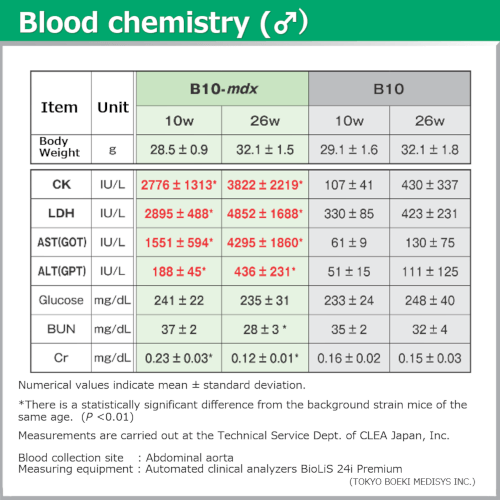 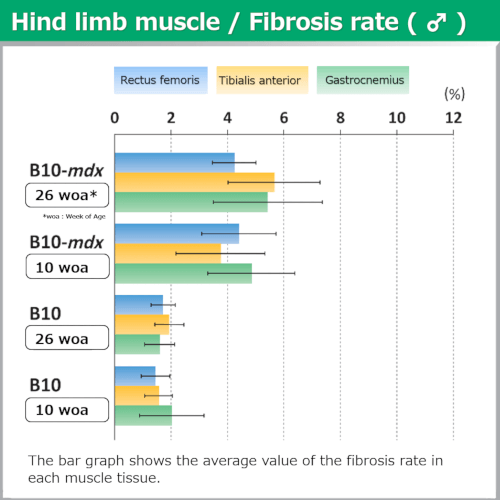 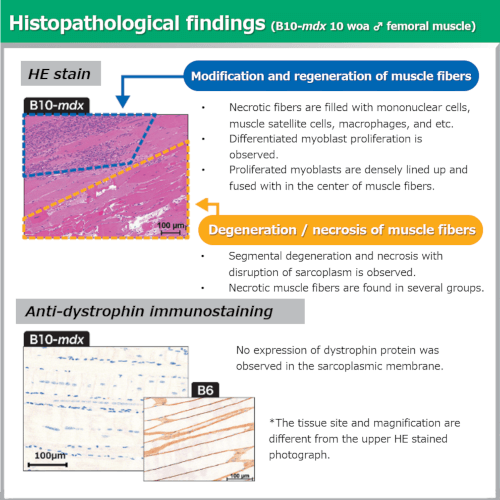 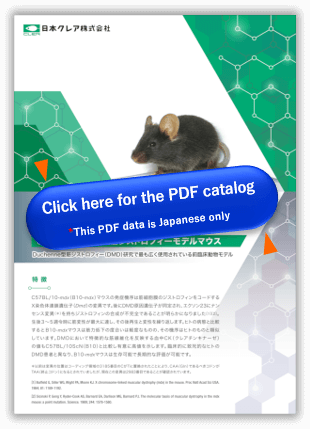