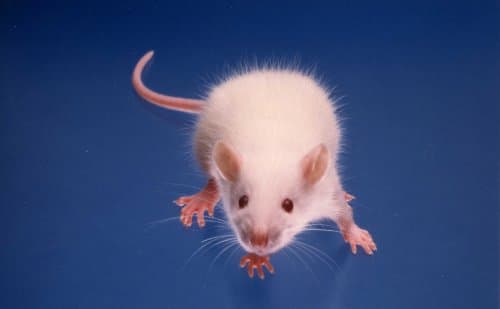 At Crocker Cancer Research (USA), M. R. Curtis purchased several pairs of rats from local breeders in 1919 (Fischer, Marshall, Zimmerman, August) and produced inbred strains to perform studies of tumor induction using rats. Among these inbred rats, descendents from mating No. 344 were most frequently used. The name F344 supposedly refers to “Fischer’s No. 344.” The Yakult Central Institute of Yakult Honsha Co., Ltd. obtained F344/Yit from Charles River (USA) in 1971 and maintained its colonies. We purchased F344Jcl seed animals regularly from these colonies under contract with this company (Yakult Honsha Co., Ltd.) and started the production and supply of this strain in 1982.

[History of cryopreservation] F? frozen in March to April 2000.

These rats are smaller than SD or Wistar rats. They have a long life and are widely used in the fields of carcinogenicity studies, cancer and immunology studies, pharmacologic tests, etc.

These rats are used widely in the fields of carcinogenicity studies, cancer and immunology studies, pharmacologic tests, etc.