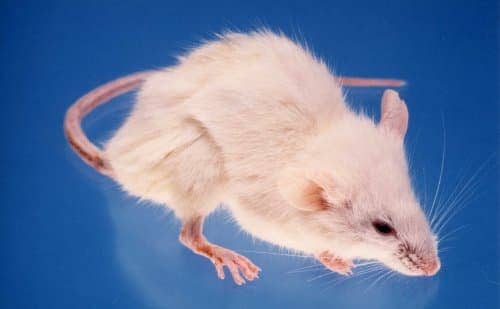 Dr. Yoshihiro Tochino and Dr. Susumu Makino identified female mice that exhibited polyuria and were highly positive for urinary glucose among cataract mice (CT strain) derived from ICR-JCL mice. Because the symptoms of these mice resembled human type 1 diabetes mellitus (insulin-dependent diabetes mellitus), the strain was named NOD (Non-Obese Diabetes). In 1984, a contract was concluded among Shionogi Pharmaceutical Co., Ltd.; the Central Institute for Experimental Animals (CIEA); and CLEA Japan, Inc. Production of the strain was begun by the CIEA, and the supply of the strain was provided by our company.
Since January 2008, based on a contract between Shionogi Pharmaceutical Co., Ltd., and CLEA Japan, Inc., this strain has been produced as NOD/ShiJcl for sale by our company.
“Shi” denotes the origin of the strain from Shionogi Pharmaceutical Col., Ltd.

Because of the destruction of β cells by lymphocyte infiltration in Langerhans islets in the pancreas, mice of this strain spontaneously develop insulin-dependent diabetes mellitus. An obvious sex-related difference exists in the incidence of diabetes, with an actual incidence of 70% ? 80% for females and 20% to 30% for males when the cumulative total of cases up to 30 weeks after birth is considered. Langerhans islet inflammation involves a polygenic model that is genetically controlled by the presence of major histocompatibility (MHC) antigen and a number of related genes. Because diabetes does not occur in NOD mouse homozygotes in which the nu gene has been introduced, this condition is speculated to be a T cell-dependent autoimmune response.